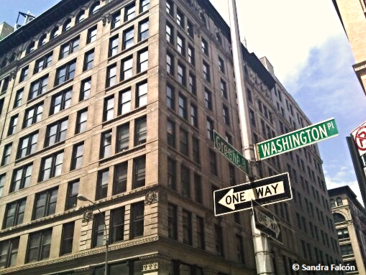 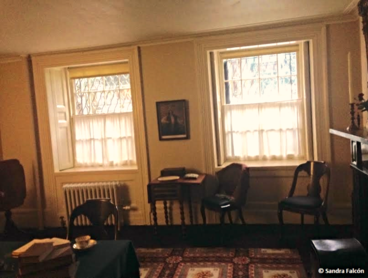 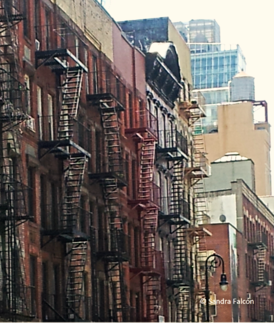 ​Loving Anna
​Lucía is a Hispanic woman coping with questions about her place in life and within her family. In late 2010, she visits a museum that was once the home of the Tredwell family. The museum is known as one of Manhattan’s most haunted places, believed to be haunted by Gertrude Tredwell, who died in the home after living there alone for almost three decades. During her visit, Lucía is drawn to an antique hair comb. A series of mysterious events lead her to flee the museum with the comb still in her possession. Soon, Lucía finds herself haunted, and not just by the crime she’s committed. Unexplained visions and terrifying dreams threaten to unravel her personal life, and force her to confront a tragic crime in her family's past to uncover her profound personal connection to a century-old tragedy.

In 1911 New York City, two immigrant women—an educated Italian mother and an ambitious Jewish teenager—have forged an unlikely friendship with their lonely elderly employer, Gertrude Tredwell, who is the last surviving member of a genteel Manhattan family. Each woman grapples with questions about her place in society, and personal and cultural loyalties are tested. But they are united in their certainty that there is far more to them than the roles society has assigned to them, and their fervent desire to be a woman who chooses her fate in life. Friendship, love, and betrayal converge in a tragedy that turned the tide of workers’ rights in industrialized America, and cemented awareness of International Women’s Day in the United States: the deadly fire at the Triangle Waist Company.

Loving Anna brings to life the struggles of immigrants in turn-of-the-century New York. Combined with trending theories in spirituality inspired by the many nonfiction works of Dr. Brian Weiss (Many Lives, Many Masters), this fast-paced mystery captures the universally poignant complexities of family, and the issues faced by women during a critical time in U.S. history, to deliver a deeply moving story about love’s redemptive power and endurance.